For Want of a Nail: Why Firmware, Middleware, and Platform Matter in the World of Speech Recognition 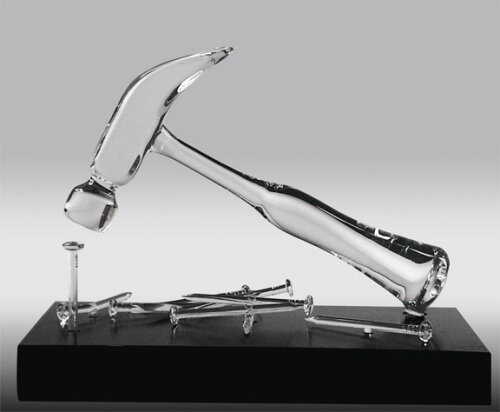 If you’re not familiar with the phrase “For want of a nail,” take a moment to click through and ingest some Wiki-wisdom.

Whether you were previously familiar with the saying or not, chances are good that you could name several occasions where the idea applies. For instance, if you’ve ever worked in IT, you know that the whole problem you’re troubleshooting might be attributed to just one checkbox mismanaged or one radio button left unattended.

Our Product Specialist Team fields tech requests on a continuous basis – any day of the week that doesn’t begin with an ‘S’. Naturally, they have developed an adaptable SOP approach to debugging, and one of the first steps they take is to determine what computing environment the end user has built for herself. And while the idea of “environment” definitely includes more than firmware, device config modules, third-party programs, and operating systems, these are some of the most accessible, lowest-hanging fruits.

So, when a customer calls or writes to tell us that something doesn’t work as anticipated, one of our first questions could likely be “What firmware are you running?”

Why Is Firmware Important?

Firmware has to do with hardware devices. It’s the programming piece that allows the device to operate correctly – often in conjunction with other software or hardware. And just about every piece of digital hardware that you use has it. To wit, I dictated a draft of this article using a Philips SpeechMike Premium, and if I open the Device Control Center, I can find out exactly which version of firmware I’m running.

In general, firmware should always be kept up to date. In the case where a problem is introduced by an update – for instance, when Philips introduced version 2.15 of their SpeechMike firmware – the issue can be corrected in the next release.

Yet, even when everything’s up to date, you may still discover interoperability or compatibility issues within your speech workflow configuration.

The Little Middleware That Couldn’t…Temporarily

For instance, if I had chosen to work on a Mac running Mavericks OS X, I might be in a spot of trouble. As a matter of course, the SpeechMike should pair nicely with Dragon Dictate Medical for Mac v3. Yet, despite the microphone operating at the high level of quality Philips designed it with, there’s another dimension of the mic’s functionality: the buttons.

As I mentioned, there is a device configuration layer for the SpeechMike; Philips calls it “SpeechControl” and the “Device Control Center” interchangeably. This is a piece of software that allows you to configure and customize the buttons on a Philips SpeechMike-series microphone. And as we discovered recently, it needs an update.

Despite Apple’s new advanced awesomeness, the Philips Device Control Center does not support the latest version of the Mac OS X, v10.9, aka Mavericks. Now, my point is not necessarily to draw exclusive focus on this software compatibility issue – and yes, there is a Philips update slated for the end of March to address it. The issue is that there are so many different layers to your configurations that you may not be aware of – but need to be.

Every piece of your dictation workflow has a piece of software behind it – whether it’s a USB driver, some firmware, a device configuration module, or your dictation application– that supports your speech processing solution. Every one of these pieces needs to be the most up-to-date version. They synchronize your experience, dovetailing with your operating system, cooperating with any third-party applications that you use (Microsoft Word, PowerPoint, EMRs), and allowing you to use voice commands to control your computer.

And as speech recognition software solutions advance, their functions and features will become more elaborate and incredible. For instance, as David Pogue pointed out, I can control my Gmail account entirely through voice commands and speech recognition.

A Word to Early Adopters

There’s one thing you should watch out for: moving to a newly-released operating system in the first days and weeks of its lifecycle. Manufacturers know that users tend to drag their feet before investing in a new OS. Because of that, if you adopt a brand new operating system, you can sometimes get ahead of the support curve. That’s not usually a good thing. Be prepared for a few bumps in the road if you insist on running ahead of the statistical mean.

In addition, almost any third-party software, including speech recognition and dictation, tends to adopt a reactive posture vis-à-vis new operating systems. The exceptions tend to be those applications bundled or developed by the OEM, such as Microsoft Office. While software developers are often in the know about upcoming OS releases, there’s usually a slight delay as companies build new features and compile compatible releases that take full advantage of any new capabilities.

Here at Certified eSupport, we take care of all your technical needs for dictation, transcription, and speech recognition. We can troubleshoot any technical problems you might run into as you are employing, deploying, tailoring, or installing a speech workflow for your particular needs.

Get Support for Your Speech Solutions
Get Support