What You Need to Know About Dragon® NaturallySpeaking 13 Professional Edition 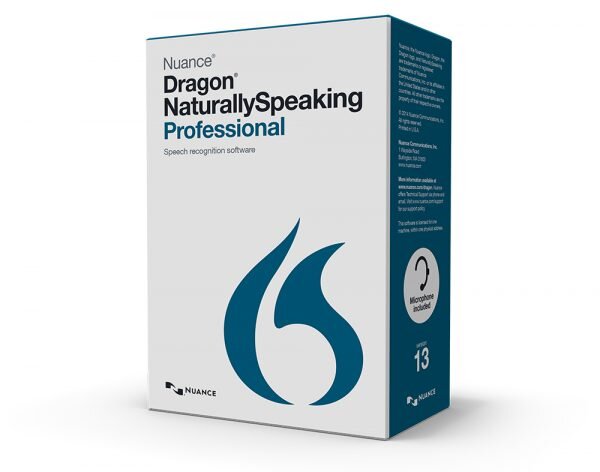 It’s here. Dragon NaturallySpeaking Pro v13 is the slickest, sexiest version of the voice recognition software yet. And I think I know what your first question is going to be, so let me stop you right there.

What follows is a parade of updates that Nuance made to the software. Excluding the last section, “For Pros Only,” these new features apply to all editions of DNS 13: Home, Premium, and Pro.

Nuance says that version 13 features “up to a 15% improvement to out-of-the-box accuracy” over DNS 12. Now, you may have seen reports of “up to 99% accuracy” on previous versions—and, doing the math, you are now slightly confused. There’s no way that they could find another 15%, you say.

The long and short of it is this: recent versions of Dragon have touted the possibility of 99% accurate recognition, not the guarantee thereof. With DNS 13 introducing further improvements in accuracy, you should understand that the program has never been perfect, and that this is another step in its evolution towards better speech recognition.

In line with these accuracy gains, you don’t have to bother with the four minute training that’s usually included during setup. Although, you are able to “read text to further train Dragon if necessary.” Either way, it’s going to be more accurate without the initial training than DNS 12 was with it.

Personally, I think it’s one of the best improvements Nuance made to this version. Yes, it’s a cosmetic, superficial improvement—and yes, maybe I am shallow. Nonetheless, the revamped DragonBar takes a cue from the Apple design school, incorporating curves and shading and relying more heavily on icons.

It’s also set to auto-collapse when not in use. This is a nice feature to reduce screen clutter, but I also found it created some frustration when I was fiddling with the settings. You can toggle this “mini-mode” on and off…in the DragonBar itself.

PS—if you’re dead set against this newfangled design and prefer the boxy look, you can certainly revert to the “classic” DragonBar.

I guess there were some complaints about how long it took to set up Dragon NaturallySpeaking 12—but I’ve never found it unbearably drawn out. Though, I do usually skip the training portion, which is the longest part.

Regardless, now Dragon will automatically name your profile for you and determine which microphone you are using—and there’s no need to do any training. How’s that for fast?

In this release, Nuance gave a large amount of focus to how Dragon interacts with microphones. This is significant, since the microphone is essentially the ear through which Dragon listens to you speak. Just imagine all the things that can go awry in the course of trying to hear something properly, and you’ll have an idea of how critically complex this operation is.

In DNS 13, here’s what you can expect when it comes to microphones:

They’ve taken a whack at reconfiguring the tutorial experience, to ensure that new users get a little taste of everything. This is definitely a smart move, as Dragon is a rather expansive program with a ton of options.

There are now training modules for the DragonBar, the Learning Center (formerly the Dragon Sidebar), the Vocabulary Editor, and web-based Dragon usage. More on that later.

In version 13, Nuance included a new Vocabulary Editor, complete with improved search, a better overall user experience, and the ability to look for spoken forms of words. They also cranked up the power on smart formatting, so that you get more suggestions for how your words are rendered now—and a more adept guess at how you want them to appear in the future.

Dragon has gotten more flexible in this area. It can now learn and adapt from email you’ve sent via the web. Think Gmail, Yahoo, and their ilk. And, you can tell it to read your documents and emails any time you want. It’s not restricted to the initial setup.

Even the Acoustic Optimizer got some love in DNS 13.

Nuance made some user experience improvements to facilitate easier scheduling. And it’s set to automatically run after you dictate for a cumulative total of 5, 10, 15, and 60 minutes—to give your profile an accuracy boost without you having to do anything.

This is where wishes come true and dreams are fulfilled. Relatively speaking, of course.

Actually, it’s not just web mail clients. Once you allow the Dragon add-on for your browser, you’ll have the ability to dictate, edit, and format in any compatible text field on the web. And you’ll be able to navigate, using your voice to manipulate “all standard web controls, links, and buttons.”

FYI, Nuance says your abilities and experiences will vary between web browsers.

Here are the features that are germane only to the Professional edition of Dragon NaturallySpeaking 13. All but two of these items are carry overs from DNS 12.

It’s that last item that requires a little more explanation. You may recall that in previous DNS Pro editions, you were able to create a command that used lists. Basically, you made the list, put your list name in the template and in the title, and then said which line item you wanted when you spoke the command.

With this new enhancement in version 13, you don’t have to create the list any more. You can simply insert the field <dictation> into the command title, and <<dictation>> in the template, and then choose any word in the Dragon vocabulary to populate it.

The one limitation we found on this: if you put multiple <<dictation>> tags in the body, you get the same word for each one. You cannot use this method for commands with multiple dynamic variables. And putting multiple <dictation> variables in the command title won’t work. We tried it already.

You’ve now seen most of what there is to be seen. It’s true—Dragon NaturallySpeaking 13 Pro is a powerful, sleek platform for converting your voice into text, using templates and commands, checking email, surfing the web, and controlling your computer. But maybe you’re wondering if it’s right for your environment. For your workflow.

We’d love to give you a free consultation and/or demonstration of how well version 13 works. Seriously, we would. Contact us and take advantage of this great opportunity. Let us show you how the program works and recommend the best solution for your personal and professional speech recognition needs.

If you need help installing and configuring Dragon 13, or you just don’t know how to get started, let us assist you. Click the button below to purchase one of our technical services packages.

Get Dragon Support
Get Support