What You Need to Know About Dragon Dictate for Mac v4 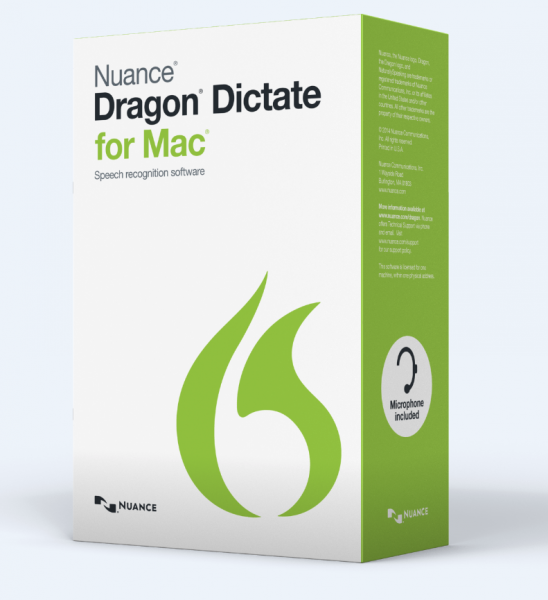 What Can I Do With Version 4?

This latest version of Nuance’s speech-to-text software includes both new and returning features that help an array of people study, write, and document in a number of environments. Only differing slightly from its other Apple-based iteration, Dragon Dictate Medical for Mac v4, this edition of Dragon is packed full of useful, effective functionality.

Not only is Dragon Dictate for Mac (DD4M) a top-rate, professional speech recognition application, but it also works well with popular online communication tools.

While the ability to transcribe recordings was part of Dragon Dictate for Mac v3, Nuance has added a little something special—a feature that expands that capability to other voices. With only 90 seconds of audio, Dragon can now produce text from anyone’s voice. Note that the audio must be provided in one of these formats:

You also have some big enhancements here.

Nuance has added full text control for this ubiquitous web mail client (within Safari or Firefox browsers only). This means that DD4M is fully functional within any Gmail field. Furthermore, you can use Dragon command phrases to manage your email, including opening messages, composing new ones, replying, and even organizing your inbox.

If you’re an Apple Pages user, you now have full text control in version 4.3. If you’re running Pages 5.0 and run into issues with DD4M, you may want to consider moving to an earlier version.

The short answer is that they’re both improved.

The program is now 64-bit, and incorporates the use of the BestMatch V speech model—so you should notice that it’s faster and more accurate than DD4M v3.

The following items aren’t new, per se, but they do come in handy when using DD4M:

Just as with the medical version, there is a “smart upgrade” from DD4M v3, which will allow you to move up to v4 at a discount.

Here are some things I noticed as I started using Dragon Dictate for Mac v4:

Here are the significant differences between Dragon Dictate for Mac v4 and Dragon Dictate Medical for Mac v4. I’ve taken the liberty of breaking them down into features unique to each edition.

Included only in this edition:

Not included in this edition:

So, there you have it—a pretty comprehensive overview of what you get with Dragon Dictate for Mac v4. It’s a great application for speech recognition on the Mac platform, enabling you to take your hands off of the mouse and keyboard and, instead, use your voice to run the show.

If you need help getting started with Dragon Dictate for Mac v4, our technicians can help you install and configure the application, and then walk you through the basics. We provide extended training for individuals and teams as well. Click the button below to purchase a technical services agreement.

Get Dragon Support
Get Support